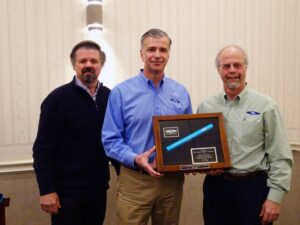 Passing of the Baton

CHL Systems held an Employee Appreciation Breakfast on Friday, March 8, 2019 at Franconia Heritage Banquet & Conference Center. All team members enjoyed a delicious buffet-style breakfast, fresh coffee, and time to visit with one another. This is just one of the events throughout the year that CHL hosts, to honor the hard work and dedication of the CHL Team.

Immediately following the breakfast, CHL began their All-Team Meeting where they looked back on a very strong year and laid the groundwork and vision for a successful path forward. Part of that vision includes a transition of leadership. Dan Landis and Kevin Landis officially announced that the Board of Directors had appointed Mike Giagnacova to the role of Chief Executive Officer. Mike has been serving as CHL Systems Chief Operating Officer since November 2016.

A ceremonial “passing of the baton” from Kevin to Mike marked the transition and the beginning of a new season. Everyone in attendance thanked Kevin Landis for his contributions during his term as CEO and for his many years of service in CHL leadership positions. Both Kevin and Dan will each continue to serve on the CHL Systems Board of Directors. Effective April 1, 2019 Mike will officially assume the role of CEO. Congratulations Mike! 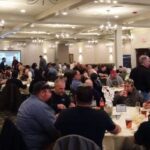 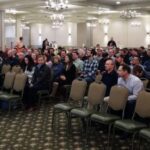 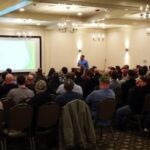